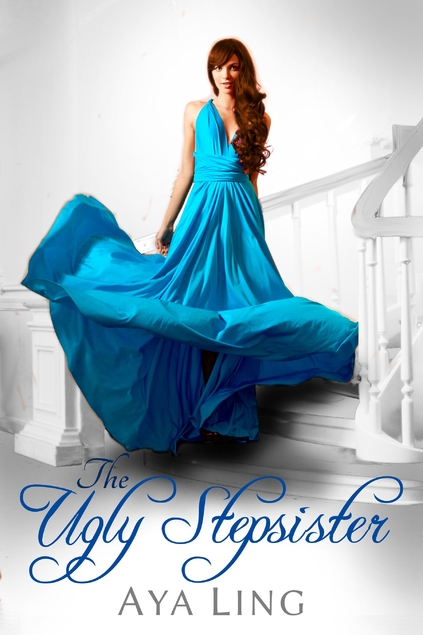 I enjoyed the fish-out-of-water aspect of this, as modern Kat tries to cope with a (more or less) Victorian world.  Between corsets, curtsies and dull society calls, not to mention watching her modern slang, Kat struggles to find her way.  Her anachronistic status takes a more serious turn when she ends up confronting the harshness of child labor in the factories.  Her modern sensibilities drive her towards efforts at reform.

I enjoyed all these elements, although the book did bog down a little in the middle, as Kat strayed pretty far from her primary mission of moving things forward towards the happy ending.  Fortunately, the book gets back on track with that in the last quarter, with some very intriguing developments that I kind of wish had been explored a little more!

I always enjoy characters who know the score on how fairy tales are supposed to go, and Kat does ultimately have a very entertaining conversation with the fairy godmother about whether lizards are really an appropriate choice for footmen.  The pumpkin is fine, but lizards…?

Things get so twisted ’round that I was in real suspense about whether Ling would be able to wrangle a happy ending out of this…and the answer is, kind of.  I don’t want to give the ending away…there are happy elements, yet I think it’s all much sadder than the book acknowledges.  And I’m not sure how to feel about that!  Some of the challenge is that the novel walks an uneasy line between whether the world of the Cinderella story–and more importantly, the characters–are real or…just characters.  Is Kat in a magical world, or is she in the holodeck?  That’s never quite answered–or maybe that ending that seems sad to me but not to the book is the answer, and I’m just not accepting it!

But overall I enjoyed the story, with some very unique twists on the fairy tale, some good humor and some romance too!

Other reviews:
I Heart Books
Keeper Bookshelf
Chasing Faerytales
Anyone else?

Buy it here: The Ugly Stepsister

Disclaimer: I received a free copy of this book in exchange for an honest review.

One thought on “Book Review: The Ugly Stepsister”