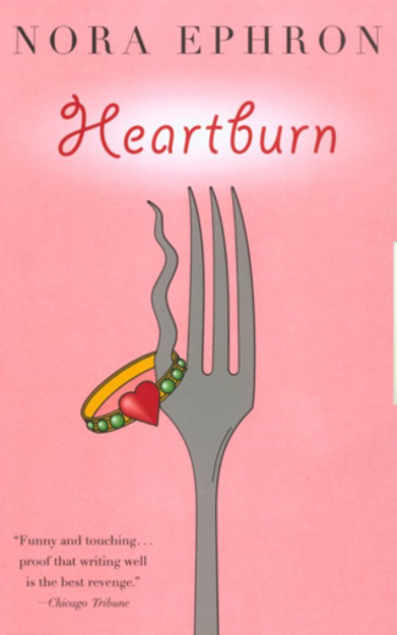 In one of the more circuitous ways I’ve found a book, I recently read a nonfiction book by Julia Cameron, where she talks about Nora Ephron’s career, and mentions an audiobook of Heartburn, read by Meryl Streep.  I put down the book to search my library’s catalog and—yes, they had it!  Requested on the spot.  And when I listened to it, it was surprisingly funny and Streep was as good as I expected.  The movie, when I gave that a try, was, on the other hand, much less satisfying.

I’ve been reading more love stories this year, and Heartburn the book is something of an anti-love story.  Instead of being about a couple falling in love, it’s about a couple falling apart.  Rachel learns that her husband is having an affair while she’s seven months pregnant.  In a circuitous narrative, Rachel tells us about what led them to here and about the aftermath, punctuated by occasional recipes—because she’s a food writer who tells family stories.

I know this doesn’t sound funny.  But there’s a dry wit and self-deprecating charm to Rachel’s voice that made tragic events surprisingly funny—while still being tragic.  But it becomes a story about the absurd tragic comedy of life, which is quite different from a story about the tragedy of life.  If you see what I mean.  And along with a comedic edge given to the tragedy, some incidents are just genuinely funny.

Something about the book, and Rachel in particular, reminded me of Carrie Fisher’s memoirs.  There was some of the same style, and I think both women would probably describe themselves cheerfully as a little neurotic with complicated families.  Which in some ways sums it all up.

Meryl Streep as a reader was, of course, marvelous.  Because she’s Meryl Streep. 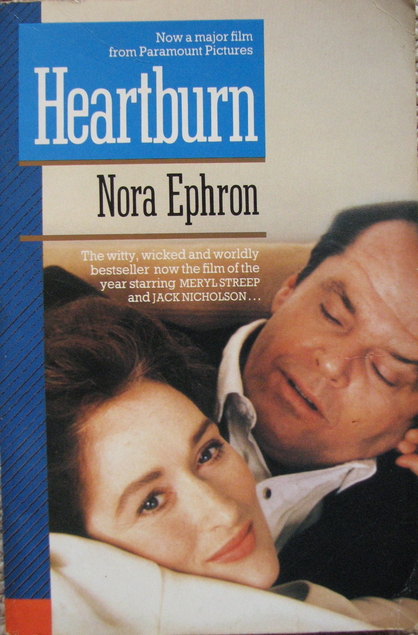 Which I suppose brings me to the movie.  Meryl Streep played Rachel in the movie version—which explains the audiobook reading—with Jack Nicholson as her philandering husband.  And the movie, I am sorry to say, was just tragic.  It was fascinating, actually, how a different telling of the same events (because it was pretty faithful to the book in plot) can bring it from ironically comedic to just plain depressing.

The movie was not an anti-love story.  It was just a very, very depressing love story.  The book begins with Rachel discovering the affair, and earlier history is told in flashback through that lens.  The movie takes a conventional, chronological approach, so that we watch this couple fall in love, get married, and fall apart.  And even though I watched it through a personal lens of knowing how things turn out, that is still a depressing arc to watch.

Meryl Streep was, of course, still Meryl Streep, a force of nature, and at the heart of what was best in the movie.  I have never been a Jack Nicholson fan, though I don’t think he can really be blamed for the problems of the movie.  And if, like me, you aren’t a Nicholson fan, if you stick through to the end, you get to watch Meryl Streep hit him with a pie.

It probably isn’t worth it though.  Go with the book instead, audiobook recommended.  You still get Meryl Streep, and a much better, far less depressing story.

One thought on “Book and Movie Review: Heartburn by Nora Ephron”