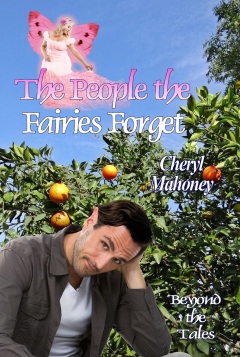 It’s Launch Day for my third novel, The People the Fairies Forget, another volume in my Beyond the Tales series.  But don’t worry if you haven’t read the first two–you can pick this one up first, if you’re so inclined.  🙂

Here’s where you can find it: Paperback, Kindle and Smashwords (for other ebooks)

There will be interviews and guest posts coming up in the next few weeks answering more questions about the book and the inspiration behind it.  But for the moment, in case you missed it earlier, here’s the back-of-the-book blurb to tell you a bit of what it’s all about…

Tarragon isn’t your typical fairy. He scoffs at gossamer wings and he never, ever sparkles. Plus, he’s much more interested in common folk than in anyone wearing a crown. All he wants to do is enjoy good food and good parties, but he can’t quite resist sparring with his cousin Marjoram, a typical Good Fairy if there ever was one. Against his better judgment, Tarry becomes the reluctant defender of the ordinary people Marj is trampling underfoot in her efforts to help the royalty.

That includes people like Jack, a goatherd stuck on the opposite side of a mass of thorns from his true love Emmy, a maid in Sleeping Beauty’s castle. Or Catherine, who has no desire to marry a very un-charming prince just because her shoe size matches some girl he danced with. Or Anthony, whose youngest sister Beauty got involved with a great and terrible Beast.

Tarry has to set down his supper, brush up on his magic and his arguments, and try for once to wrangle some kind of Happily Ever After out of the mess.

4 thoughts on “Launch Day: The People the Fairies Forget”