Time again for the Friday Face-Off meme, created by Books by Proxy, with weekly topics hosted by Lynn’s Book Blog.  The idea is to put up different covers for one book, and select a favorite.

This week’s theme is: “Woe, destruction, ruin, and decay; the worst is death and death will have his day.” – A cover with abandoned building/s

I’m going to fudge a little bit here, because the book that immediately came to mind is The Magician’s Nephew by C. S. Lewis, with the fantastic and fascinating old world of the White Queen.  There’s something about the ancient ruins of the dying world that grabbed me–but apparently not cover artists!   By contrast, I don’t even remember the flying horse that shows up on a good half of the covers out there… 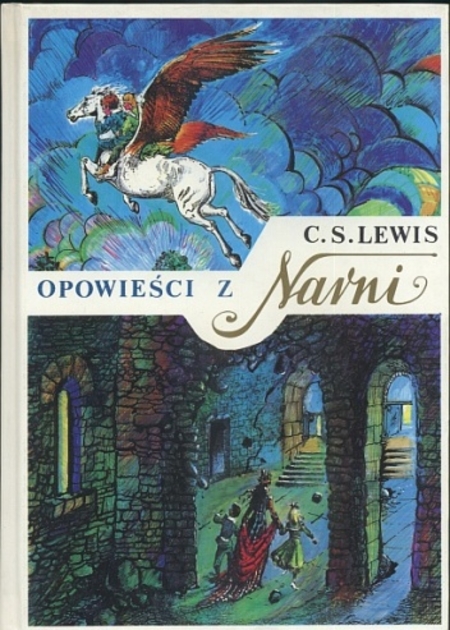 This is the only cover I could find with anything at all of the White Queen’s ruined palace, and frankly it doesn’t look remotely the way I pictured it.  I was seeing more marble and sandstone, and smoother, grander structures than this.  More ancient Rome, less Middle Ages. 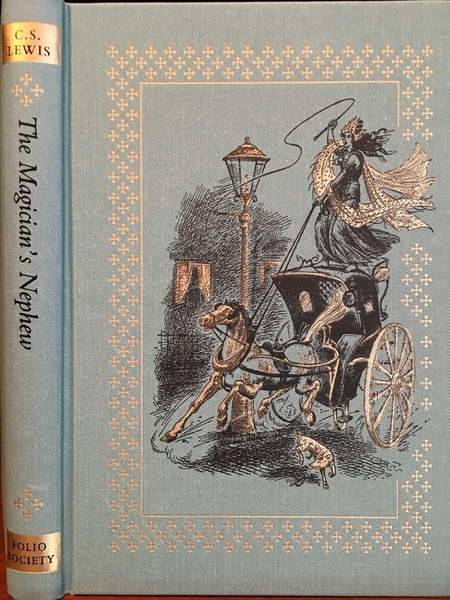 I like how dramatic this cover is, with the incongruous White Queen driving the British carriage, and the lamp post tying into The Lion, the Witch and the Wardrobe. 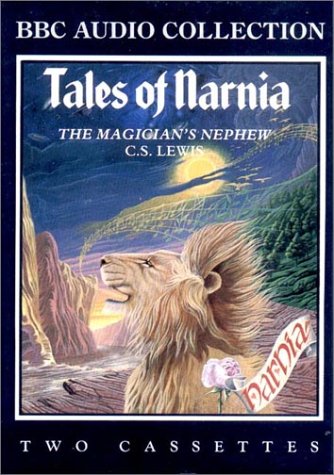 This audiobook cover features another very cool moment in the story, when Aslan sings Narnia into being.  The musical notes are a little cartoonish, but I like the lion’s expression a lot. 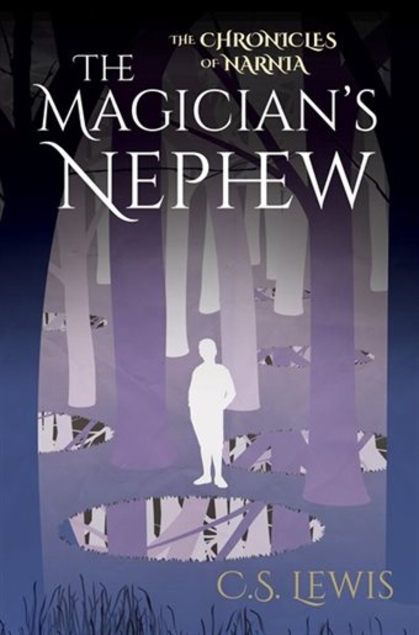 This one is my favorite.  Even though Polly got left out of this cover!  I like the elegant art, with the illusion tricks of the silhouettes.  And the In-Between place is just as interesting as the ruins.