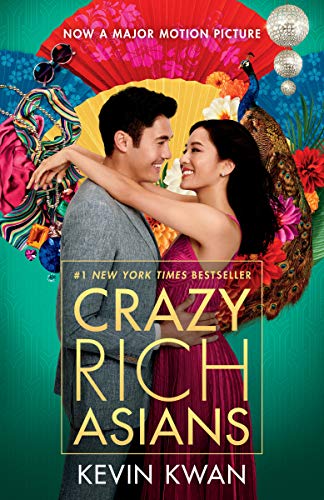 There was a lot of buzz recently when the movie Crazy Rich Asians came out.  It was exciting to see a major Hollywood movie with a completely Asian cast.  I saw the movie once it reached DVD and enjoyed it.  Some time later I found out it was based on a book (so many are!) so I decided to read that too.

The storyline in both mediums focused on the very, very wealthy of Singapore.  Nick, who has been living in New York, brings his American-born Chinese girlfriend Rachel to Singapore for his best friend’s wedding…without warning her that his family is, well, crazy rich.  They’re also intensely snobbish, and Rachel is definitely not what they had in mind for their favored son.  Meanwhile, Nick’s favorite cousin Astrid, who married outside her social class, is finding her marriage rocked.  And meanwhile, the conspicuous consumption is rampant.

I think this pretty well encompasses the movie plot–the book plot had a lot more threads going on.  In many ways the movie simplified and focused in–and I think told its particular stories better (though I might feel differently if I’d read the book first).  The book really had a different focus.  The movie is about Nick and Rachel, with Astrid as a supporting character/cautionary tale.  The book is about the entire social class, with a bigger cast of characters who have their own issues and upheavals over the course of the book.  Nick, Rachel and Astrid are probably still most prominent, but definitely part of an ensemble cast.

The book was engaging, showing the insane wealth of the Singapore elite.  I can’t really speak to how accurate it is, although I have a Chinese friend who vouched for the movie.  The characters were good, although they were definitely more in service of showing their world, rather than the other way around.  It gave more insight into Astrid than the movie did, although I think the movie actually gave me more depth for Rachel, Nick and their relationship. 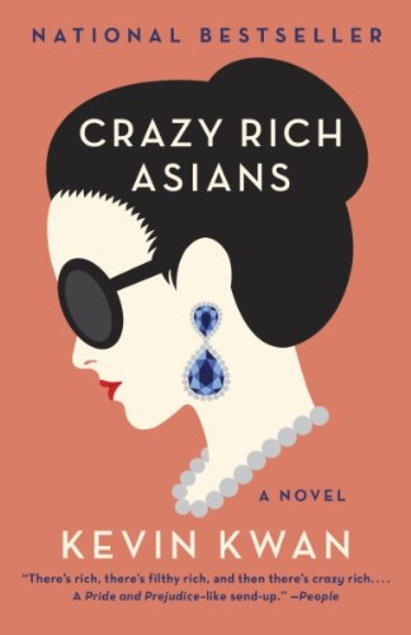 Rachel in particular felt like a stronger, more compelling character in the movie.  She’s been thrown into a very weird situation, and she’s much more proactive in the movie than the book.  In the movie she confronts Nick about things he didn’t tell her, resolves to face down his family, stumbles when they throw new things at her, then picks herself up to try again.  In the book she just seemed to flow along a lot more, reacting emotionally to things but doing very little in response.

I also found Nick more likable in the movie.  It may have helped that Rachel confronted him and they talked through some things quickly.  In the book, he’s either really insensitive or impossibly oblivious.  It’s probably 90% of the book before he appears to have ANY idea at all what he’s thrown Rachel into, and I just don’t believe he could grow up in a culture and be THAT oblivious about what the expectations are around who he marries.  It seems similar to the pre-this-generation expectations for the British royal family, and I can’t believe he grew up not knowing that.

I also found Nick’s mother a much more compelling character/obstacle in the movie, because the movie used her as the focal point for the family opposition to Rachel.  They had some very cool back and forths.

Okay, spoiler alert now: After enjoying both the movie and the book, I was a little dissatisfied with the endings of both.  After spending the entire movie exploring the romantic obstacles and the genuine complexity of the situation, it just kind of swept that away and went for the neat Hollywood happy ending without really selling WHY it would suddenly work now.  I read the book partially to see if there would be a more nuanced ending and…they didn’t try to tie it up so neatly.  But they did just leave a lot of questions unanswered, though the implication was that the romance would work out happily (and apparently there are sequels…)  I like happy endings so I definitely don’t hate that–but it feels like a bit of a lost opportunity for a more complex ending.

I still highly recommend the movie–and it really is a completely Asian cast.  I think I maybe spotted one Caucasian face in a crowd?  Anyway, the Asian representation was pretty cool to see and it’s a nice thing to support.