This week’s theme is: Chinese New Year – Year of the Rat

I thought I’d take this broadly/slightly sideways and look at a cover featuring a mouse–who would probably be offended to be called a rat!  I thought of Tucker Mouse, most famously from A Cricket in Times Square, but my favorite of the series is Tucker’s Countryside.  And it seems appropriate to pick the book with his name in the title! 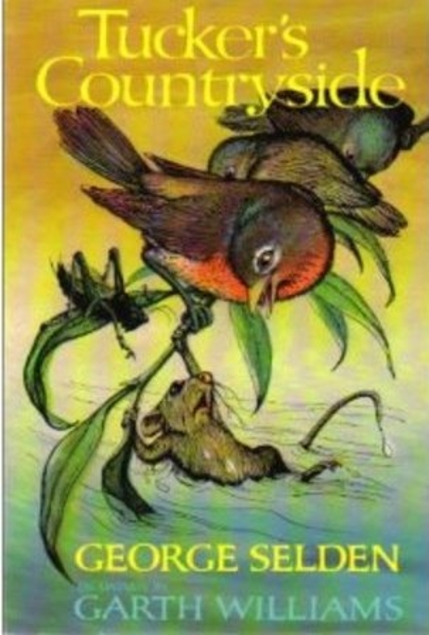 This cover is fun–it’s an action scene and Tucker is front and center.  Though he’s not looking his best.  He may even look a bit rat-like! 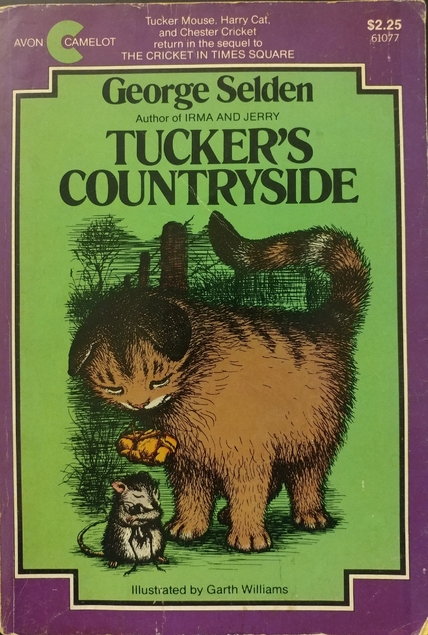 I like that this cover focuses on the three main characters: Tucker Mouse, Harry Cat and Chester Cricket.  It gives a hint of countryside behind them, and even suggests traveling, as I”m pretty sure Harry is carrying their luggage in his mouth.  And who doesn’t love a picture of a mouse hugging a cricket? 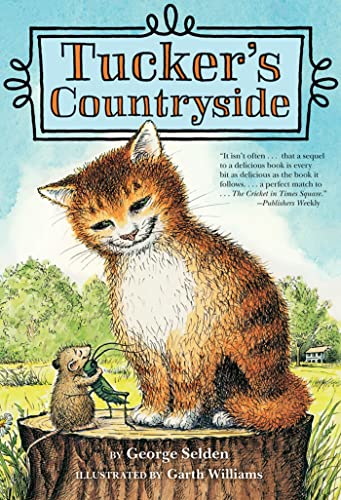 It’s a rare case where I like all the covers for a book – but this one is my favorite!  Similar in concept to the previous one, it’s brighter, the countryside and Chester are both easier to see, Harry is so adorably fluffy, and I love the happy expressions on all their faces.

4 thoughts on “Friday Face-Off: Year of the “Rat””