It seems like Nocturne, the first book in my Guardian of the Opera trilogy, only just came out…probably because it was just six weeks ago.  But since I wrote the entire trilogy before starting to launch them, I’m very excited that Book Two, Accompaniment, will be out in less than two months!  So today I’m sharing my cover – and you can already pre-order your Kindle copy.

Before I get to the cover, here’s a bit about the book, which continues the story of the Phantom of the Opera.

After the crash of the chandelier and the disappearance of the powerful Comte de Chagny, Erik’s refuge behind the mask of the Phantom of the Opera has grown more dangerous. Commissaire Mifroid has vowed to hunt him down, in whatever depths of the Opera Garnier he hides. Grieving the departure of Christine Daaé, Erik finds it hard to care about the policeman’s threat, and a slowly growing friendship with Meg Giry seems like only a minor distraction.

When Christine left Paris, Meg thought the hole in her life could never be filled. It only makes it worse that she’s known far too much as “Christine’s friend.” But conversations with the Phantom and flirtations with a handsome gentleman in the Dance Foyer mean the chance to seek a new role—and to stop feeling like a secondary character in her own life.

The first book retold the events of the original Phantom story, so I’m looking forward to hearing what people think of how I take the story forward.  If you haven’t read Book One yet, it’s also available…and you won’t have to wait long for the continuation of the story!

That’s probably enough waiting for the cover too… 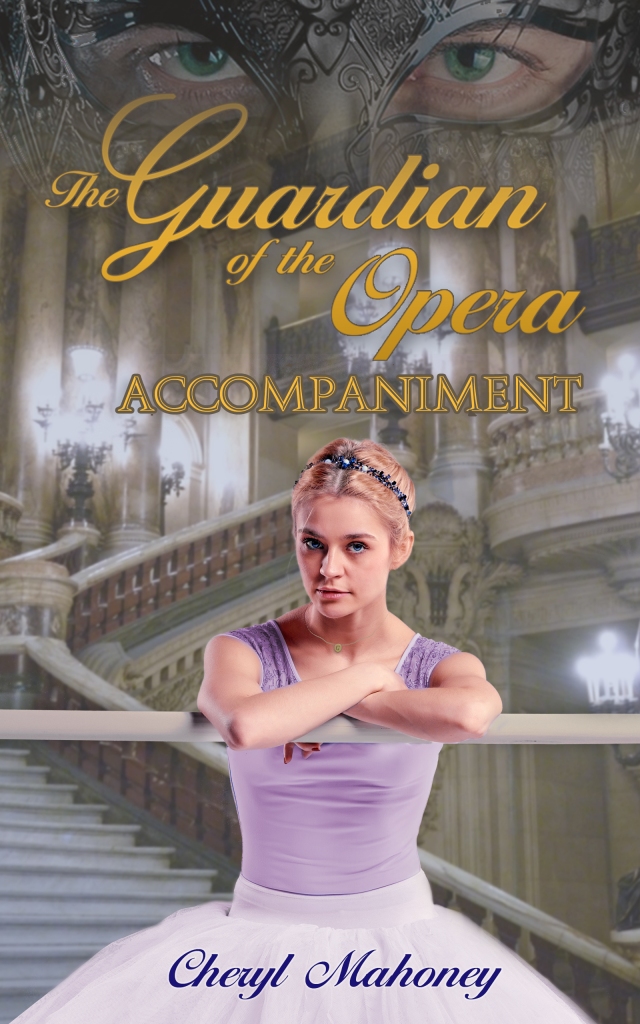 I really love that I was able to use the same model for Meg as I did for the first book’s cover – and it’s fun to have the iconic Grand Stairs of the Opera for the background too.  I design my own covers, and I actually took the photo of the Grand Stairs while visiting Paris.

I hope you’ll order your copy of Acccompaniment!

2 thoughts on “Cover Reveal + Pre-Order for Accompaniment, Guardian of the Opera Book Two”