A few weeks ago I posted about covers for Thoughtful Thursday.  I mentioned that I sometimes feel strongly enough against a cover to re-cover a book with my own design.  I thought it would be fun to share a few of the books I’ve done that to.  Original covers on the left, my re-imagined version on the right and links, of course, go to reviews.

A Fighting Man of Mars by Edgar Rice Burroughs

It’s possible I am particularly picky about this one, because it’s my favorite Burroughs book, and one of my top five favorite books ever.  But it does seem to suffer from a profusion of bad covers.  And it makes me so sad that the one really amazing heroine in all of Burroughs’ books has not made it on to a cover!  The bizarre judo-move on my copy…I don’t know!  So I did a variation of one of the few covers I do like. 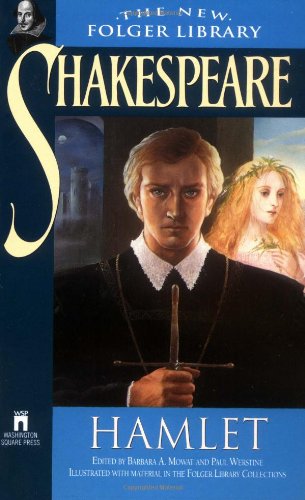 This edition has great footnotes (I always recommend Folger for that) but…is it just me, or does this appear to be Ophelia post-drowning?  So creepy!  I bought this for a Shakespeare class where we also watched Branagh’s Hamlet, so I took that as my inspiration, and made a cover with Kenneth Branagh and Blenheim Palace, which he used for Elsinore Castle.

The Wonderful Wizard of Oz by L. Frank Baum

This may sound odd, but I deliberately went searching for an un-illustrated version of the first Oz book.  You see, all of Baum’s Oz titles were illustrated by John R. Neill–except for the first book.  That was illustrated by W. W. Denslow, and when Neill came in he had a completely different concept for the characters…so even though the original illustrations are, well, original, they feel wrong to me.  I found a copy with no illustrations, and a cover that didn’t come from Neill or Denslow–and then pulled a few of Neill’s illustrations from other books to make my own.

Another all-time favorite book, giving me high standards…and while Valancy’s early-book dowdiness is part of the story, there’s no excuse for whatever it is Barney is wearing.  Besides being out of character, it puts him in the wrong era.  So I found a copy of the original cover instead, to set against a blue background.

I can’t be the only one with strong feelings on covers–have you ever really hated a cover?

One thought on “Covers, and Taking Matters Into My Own Hands”