Continuing my brief updates on some challenge-read books, today I have a seasonal book, and a book I always meant to get around to–but might not have if it hadn’t happened to be written in German. 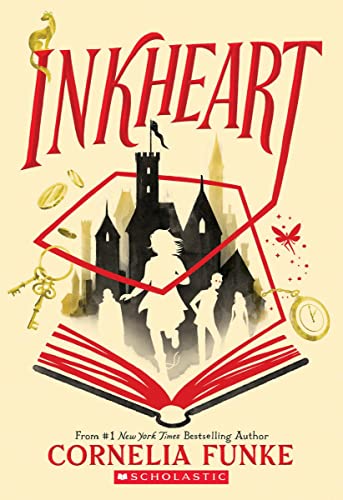 A book that was originally written in a different language: Inkheart by Cornelia Funke

I had heard of this one, but never actually picked it up–and I don’t think I ever realized it was originally written in German until I was looking at a list of books written, well, not in English, in order to fulfill this item.  So it seemed like the perfect opportunity!  And it turned out to be a pretty good book too.

The premise centers around a fascinating magical idea–certain people, including 12-year-old Meggie’s father, Mo, can read things out of books.  When they read aloud, objects and even people can appear from within the text, emerging in the reader’s world.  But there’s a cost, as something must be taken into the book to replace what comes out–and the magic is all the more dangerous because the reader has very little control over what comes out.  Mo accidentally read the terrible villain Capricorn out of the book Inkheart, and now, years later, Capricorn wants Mo to read for him again.

This was a fun book that I liked and probably would have loved if not for two things that weren’t at all the book’s fault.  For one, this is just close enough to the magic system in Libriomancer, which I love, to feel, well, not quite as cool by comparison.  For two, the book-within-the-book, the fictional Inkheart, seemed even more my kind of story than the actual Inkheart…if that’s not getting too meta!  But considering Meggie and other characters go into the fictional Inkheart in the sequel, I’m definitely planning to read that one.

So how about that translation element?  I don’t know if it’s a sign of good translation or not that I…couldn’t really tell it was a translation.  Apart from one moment when the characters spoke of Italy as a few hours drive away and I remembered, right, this is in Germany…it didn’t actually feel significantly different than an English-written book! 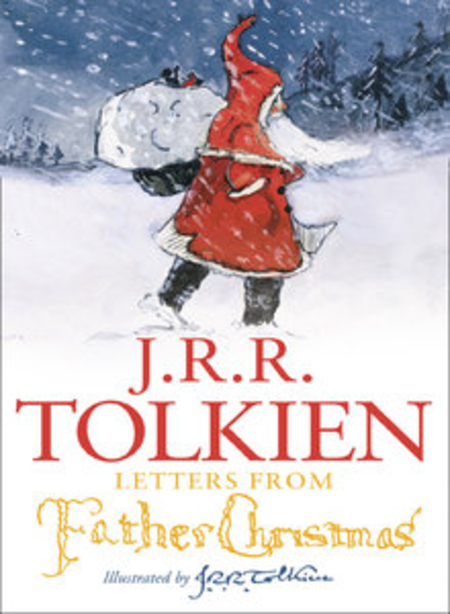 A book set during Christmas: The Father Christmas Letters by J.R.R. Tolkien

I stumbled on the existence of this book while looking at a list of Christmas-themed books for this item–and how could I resist that author? Tolkien wrote letters for his children each Christmas from Father Christmas, spanning from 1925 to 1939, relating the latest events at the North Pole that year.  Mostly it’s the unfortunate escapades of the North Polar Bear, but there were also some pitched battles with Goblins, and occasionally a word chimed in from Father Christmas’ elvish secretary.

These are quite adorable, almost a picture book considering each letter comes illustrated as well, and very charming.  The edition I got includes the Goblin alphabet at the back–which is just so Tolkien to have created it.  And one line in a letter written in Elvish does look a bit familiar…

This is a much, much faster read than Lord of the Rings, rather more character-focused but not nearly as deep or complex.  🙂  A fun read for the Christmas season!

I’ll have a complete challenge update at the end of the month…only a few days away now!