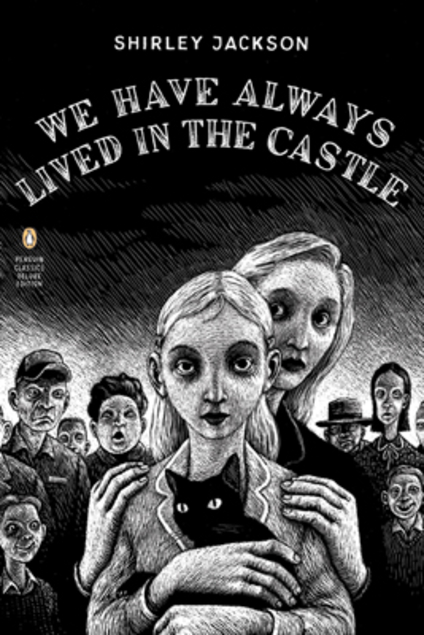 I recently read and enjoyed Holding Up the Universe.  Within that book, Libby’s favorite book was We Have Always Lived in the Castle by Shirley Jackson.  There was very little about the story mentioned, but just enough that I became intrigued enough to decide to read that book too.  And now I agree with Jack that neither he nor Libby should really be identifying with the heroine of Jackson’s book!

We Have Always Lived in the Castle is about Mary Catherine, called Merricat, who lives in a grand old house with her reclusive older sister Constance and her invalid uncle.  All the rest of their family died six years previously, from poison in the sugar bowl.  Their house and grounds are Merricat’s private kingdom, safe from the hostile stares of the villagers outside.  But Merricat’s defenses are not as secure as she believes, and inevitably things begin to change.

Apart from the murderous history, there’s very little in the plot to show what a terrifyingly creepy book this is.  Although the murderous history isn’t a bad start.  There are strong echoes of Lizzie Borden.  Constance stood trial for the murder but was acquitted.  That doesn’t stop the village children from singing a rhyme about Constance, Merricat and the sugar.  That starts the horror and the strangeness of it all.

But mostly, it’s Merricat, and the creeping sense that there is something very, very wrong with this girl.  She’s the first person narrator of the book, and in the first chapter or two seems reasonable enough…but it doesn’t take long for things to spiral darker and darker.  She’s eighteen, but reads as though she’s perhaps fourteen, which I assume is a deliberate choice.  And she has…troubling views.

We only see the world through Merricat, so it’s hard to say how accurate her description of angelic Constance or the ugly villagers really is.  In keeping with her twisted view, the world of the book seems not quite fantasy, but not quite real either. 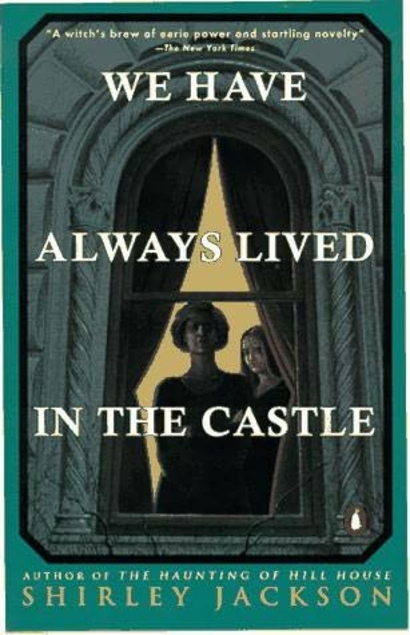 This reminded me a great deal of Hitchcock at (what I consider) his best.  Nothing terrible is actually happening, and yet there’s always an underlying sense of dread.  Wikipedia calls this a mystery and I don’t really agree–the murder is the backdrop and impetus to the book.  Solving it isn’t the point.  Possibly this is a thriller, though I think that implies more excitement, so really I think this is a chiller. There are a number of good covers that capture the creepiness of the story–so I’ve made the rare choice to include multiple images.

As a creepy chiller, this was a good one!  But maybe be careful reading late at night…

Other reviews:
The Book Smugglers
Stuck in a Book
Things Mean a Lot
Anyone else?

Buy it here: We Have Always Lived in the Castle

2 thoughts on “Book Review: We Have Always Lived in the Castle”