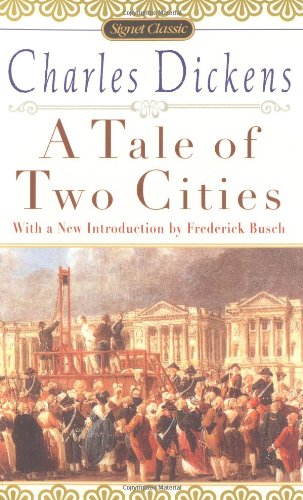 I am happy to report that I seem to have cracked the secret to a more satisfying relationship with Mr. Charles Dickens—audiobooks.  I’ve always wanted to like Mr. Dickens, the quintessential British author, but he’s always felt so slow.  I don’t exactly mean the pacing is slow, but somehow it has always taken me far longer to read one of his books than it seems like it should.  But due to a recent move my commute has expanded, and it seemed like the perfect time to make another attempt on Mr. Dickens.  And so far, a successful one!

At the time of writing this, I am almost done with A Tale of Two Cities, and feel confident enough to make a positive report.  I can still tell sometimes that Dickens was (or at least feels like he was) paid by the word—I knew “It was the best of times.  It was the worst of times” and heard it with a minor thrill, but no one ever told me he followed it with a dozen or so “it was this and it was that,” probably six more than needed!!  But an audiobook just keeps rolling along, and whatever was slowing me doesn’t seem to be in effect.

Two Cities does begin a bit slowly, but it picks up its speed, particularly once the French Revolution breaks, and becomes much more dramatic and exciting than I might have expected—but then, it is the French revolution.  This book really feels like a kind of melding of Charles Dickens and Victor Hugo, as so much reminds me of Les Miserables.  And there’s a scene of the mob sharpening their weapons to kill the prisoners that is stunningly vivid and terrifying.  I genuinely did not know Dickens had that in him!

I’m not quite to the famous last lines yet, and it adds some suspense to see if my guess on who says them is correct—so no spoilers, please!

So far, so good on the Dickens experiment.  It may be this book, but I hope it’s the audio, as I plan to try another one soon!

4 thoughts on “Mini-Monday: A Tale of Two Cities”