I’m getting down to the end of my Newbery Medal reading challenge, with just two more to go!  Today I thought I’d say a few words on the most recent two I read, from very different time periods but both pretty good. 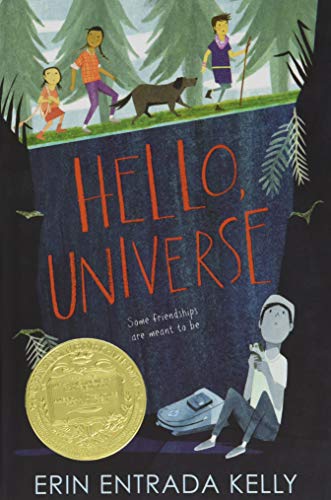 The most recent Newbery winner, this tells the story of a handful of kids who share a neighborhood: Virgil, whose family calls him “Turtle” because they think he needs to come out of his shell; Valencia, brave, nature-loving and deaf; Kaori, who believes emphatically in her own psychic abilities, and Chet, neighborhood bully.  Their paths intersect one afternoon when Virgil goes missing.

This is a great one for my diversity challenge, as Virgil is Filipino and Kaori is Japanese, and both cultures are very much present and important for the characters.  All three of our heroic characters are different from the norm in their own ways, and they grow through the book to appreciate both themselves and each other.  There’s some tragedy at the center of the book, but a mostly light-hearted tone, especially around Kaori and her younger sister.

If I have one quibble, it’s that the book was very understanding and accepting of Virgil, Kaori and Valencia, with their individual flaws and challenges, but not so much for Chet.  Don’t get me wrong–the kid’s mean and nasty and needs to learn a lot about accepting others.  But there are hints that Chet’s behavior is coming out of his own insecurity, induced at least partially by his father’s judgment.  I was looking for some kind of redemption or awakening for Chet, and it never came.  The rest of the book seems to be designed to bring the other three kids together as friends, and Chet gets left out.  For a book that is so visibly about acceptance of those people, it was a little sad to see that one left unredeemed. 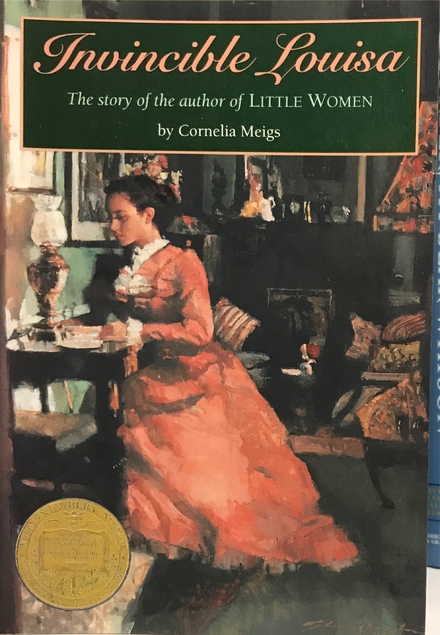 This biography tells the story of Louisa May Alcott, famously the author of Little Women, and her family who largely inspired the characters in her classic novel.  In her childhood, Louisa’s family was closely intertwined with transcendentalist thinkers of the day such as Emerson and Thoreau; as a young woman she went to be a nurse in the Civil War; and she worked away at literary efforts until Little Women brought her success.

Louisa’s family had a tumultuous time of it when she was young, lending a series of adventures to be covered, and I also enjoyed the story-behind-the-story aspect of this book.  It was very clear why people identify Louisa with her famous heroine, Jo March, and I always like knowing what an author drew from life to put into her books.  I was especially struck by a reflection on Louisa’s sister Beth, who died very young.  She was relatively unknown in her lifetime, but through Louisa’s fiction, millions of people have “known” and mourned her.  It’s a lovely story of preserving a memory and touching so many people.

It’s been a long time since I read Little Women, but I put the audiobook on reserve at the library.  I always expect the recent releases to have a waitlist, but I think it says something impressive about a classic novel that’s been in print for 150 years, but still has a line waiting for it at the library!