I’ve been doing a lot of audiobooks recently, and I decided to revisit a few Tamora Pierce books–although rather than listening to favorites, I ended up revisiting a few I was on the edge about, to see how they’d feel on another read.  The results were mixed! 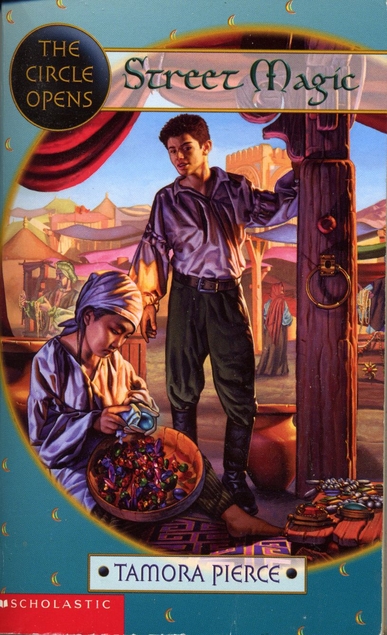 Tamora Pierce has two big, long-ranging magical series with subsets within them, Tortall and the Circle of Magic books.  While everything is good, I give a definite edge to the Tortall series.  However–Street Magic is my favorite of the Magic Circle books, and I was happy to see it held up well on a reread.

The Magic Circle books center around four young mages, Briar, Sandry, Daja and Tris.  The first four books develop their foster sibling relationship and the discovery of their respective magical gifts.  The next set of four books sends each of them on separate adventures.  Street Magic follows Briar, gifted with plant magic, as he takes on his first student, street kid Evvy, and tangles with the gangs interested in Evvy’s stone magic.

Briar is my favorite of the group, and I like his magic best–maybe because I can relate to plant magic better than metal, weather or thread magic, the other characters’ specialties.  This book hits a particular sweet spot in Briar’s journey as a character–he’s capable enough in his magic to do awesome things, but he’s not as arrogant as I remember him being in later books.  Or maybe a touch of cockiness at fourteen is more charming than it is at seventeen.  I also like how this book directly explores Briar’s growth from the street kid and pickpocket he once was, since he’s forced to confront that directly in his dealings with Evvy and the local street gangs.

So this book was a good time, definitely.  And it made me realize I’d forgotten a lot of the origin story, so I thought maybe I’d go back and read the very first book again… 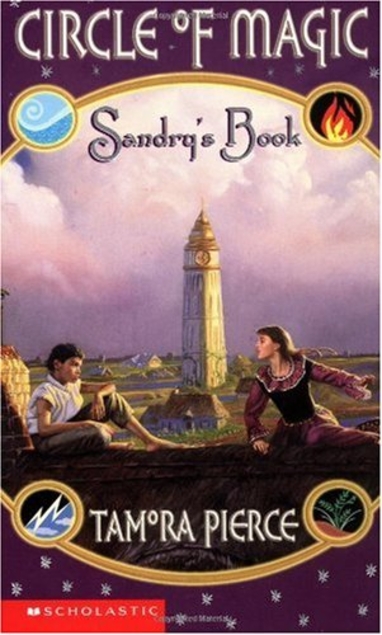 Each of the first four books in the series focuses on one of the four major characters, in theory.  I say in theory because I think Sandry got cheated–this book doesn’t really focus on her more than the others, which seems a shame.  I like Sandry a lot, and would like a book on her.  As it is, this book sets up the origin story for each kid and brings them together at Winding Circle University.

It was a perfectly good book…but I think it was too much split up between the four, with no one getting much chance to shine.  And for some reason, this series just never grabbed me the way Tortall does.  That’s pretty much how it was on a reread too! 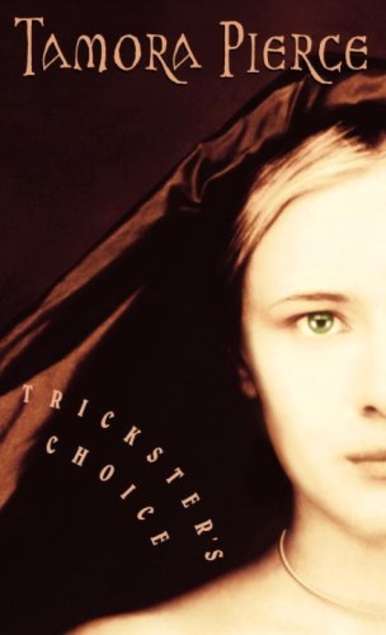 I also reread a Tortall book, but again zeroed in on one that isn’t a top favorite.  I’ve reviewed this duology before, and I seem to have been more enthusiastic in that review than I remember feeling!  I like this set of books about Aly, daughter of Alanna the Lioness and George Cooper, Tortall’s spymaster, and her adventures amidst a brewing revolution in the neighboring Copper Isles.  And I enjoyed reading the first one again–but somehow I still just don’t quite love Aly the way I do other Pierce heroines, and I have a theory on why.

I don’t think Aly is vulnerable enough.  Pierce is known for amazing, powerful, kick-ass heroines and I love that about her books.  But.  Most of them have a weak point somewhere, an area they’re not good at or a deep-seated fear they have to overcome.  And mostly we meet them as they’re starting out to become powerful, so we get to know them before they’re quite so invincible.  Aly is already super-competent when we meet her.  Plus she’s fierce and fearless and so, so sure of herself that there’s no softer side to get attached to.  Which is unfortunate, because we know how amazing Pierce’s heroines at their best can be!

But all of this is mostly me trying to analyze why I don’t love a couple of very good books just a smidge more.  So by all means read them.  Read any of these three, really, because Pierce at just okay is still very good!