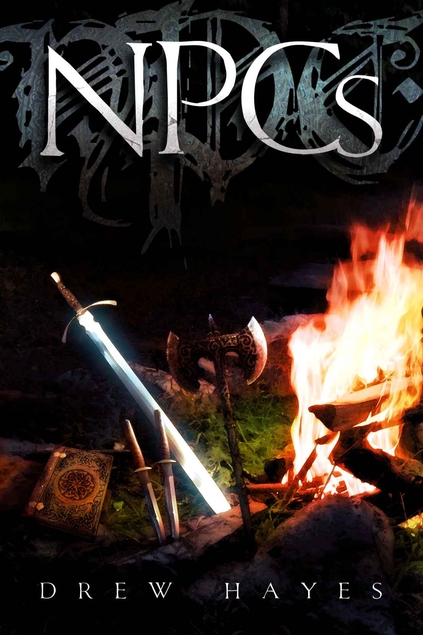 I love it when I get a good book recommendation from a friend.  I recently heard about NPCs by Drew Hayes, and was very happy to find to find it every bit as fun as promised.

The books opens with a group of tabletop gamers playing Spells, Swords & Stealth (more or less Dungeons & Dragons).  They promptly make a dumb decision and all four of their characters die in a tavern at the very beginning of their quest.  The story then shifts to the other inhabitants of the tavern–the NPCs, or non-player characters.  Fully-developed people, they have their own lives and concerns.  And a new problem–the four dead adventurers, whose deaths (though accidental) could bring the king’s wrath on their entire village.  Gnome Thistle, half-Orc Grumph and humans Eric and Gabrielle decide the only solution is to take up the adventurer mantle themselves and try to complete the quest.

I love this premise so much.  One of my favorite story angles is to tell the story from the traditionally overlooked characters (as you might be able to tell from my books…)  I love the concept that all those people just passing in the background have lives and personalities just as complex as the people the camera/story happened to be focusing on.  Hayes explores that beautifully without getting too heavy-handed about it.

All four characters who lead our story have their own backgrounds, well-developed personalities, and goals for their lives.  I loved getting to know all of them better as the book went on.  Thistle and Gabrielle (the mayor’s daughter, who gets kidnapped so often she’s good friends with her goblin kidnappers and enjoys the vacation) particularly stood out to me.  Eric was cool and interesting too.  Grumph felt a little less explored than the others, but that may be addressed in later books (so far, it’s a series of four).

In premise this reminds me a lot of Redshirts, which made a big splash several years ago.  I had mixed feelings about that one, and I liked that the characters here were much more developed.  I also really enjoyed Hayes’ dry sense of humor.

The intersections between our world and the world of the NPCs were intriguing too, although somewhat limited in this first book.  My friend who recommended it tells me that expands in later books, which I look forward to.  Because this is definitely a series I intend to continue!  You can check out a preview chapter on Hayes’ blog if you think it might appeal to you too.