It’s the right day again for the Friday Face-Off meme, created by Books by Proxy, with weekly topics hosted by Lynn’s Book Blog.  The idea is to put up different covers for one book, and select a favorite.

This week’s theme…did not actually speak to me.  So I’m taking advantage of the freebie option to use the Friday Face-Off format but choose my own theme.  In honor of St. Patrick’s Day on Sunday, I decided to do a cover featuring a rainbow.

The first book with an important rainbow to come to mind was The Wonderful Wizard of Oz by L. Frank Baum…though I admit the rainbow was more prominent in the movie than the book.  Which might be why it doesn’t show up on more covers! 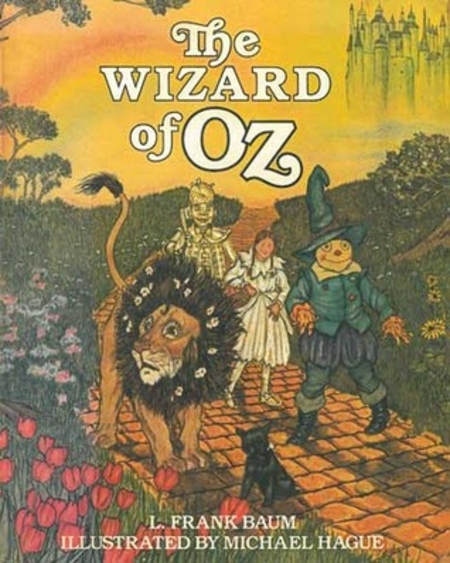 This cover with that little smudgy rainbow in the background was the only rainbow I could find!  Which makes the whole idea not so appropriate for the holiday, but by now I’m invested in the Wizard of Oz idea, so… 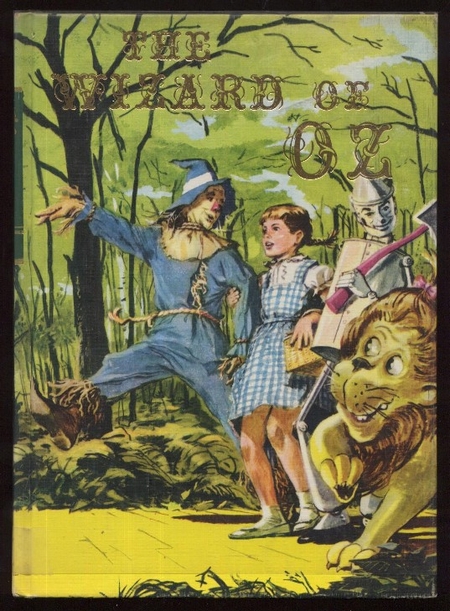 I like the style of this one, both fun and artsy, though the lion turned out a bit cartoonish… 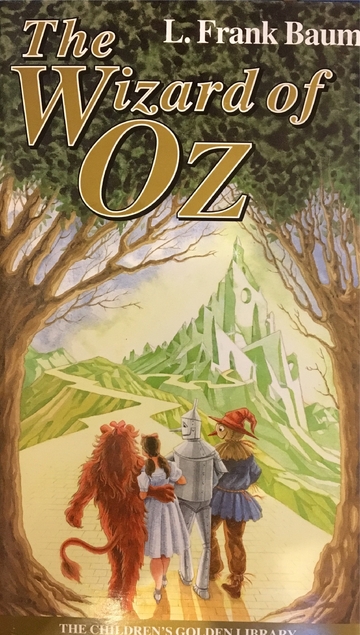 I like the framing effect here, and the image of the four friends journeying together.  I’ve always had a soft spot for images of people walking off down a road though–there’s such possibility! 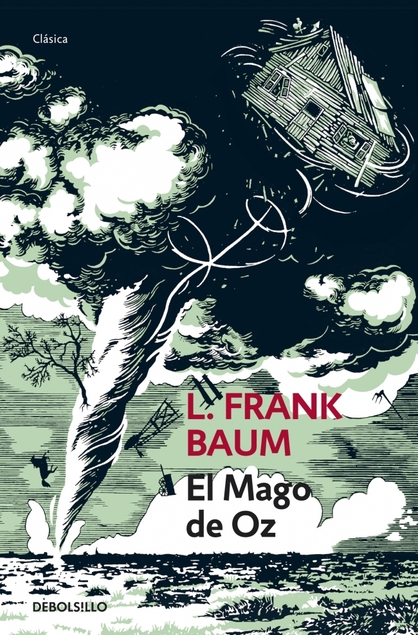 I like the high drama of this one!  It’s also quite different from most others, which almost universally show Dorothy and her friends, and/or the yellow brick road.

My favorite cover is…actually the very first one up there!  There’s a funny bit of history to Oz illustrations.  I read all the illustrated editions of the entire series, and the strange thing is that they changed illustrators after the first book.  So all the later books have a particular, very charming art style, which just doesn’t exist for the first book.  So covers of The Wizard of Oz always look wrong to me!  And the first one, while not the same depiction of the characters, seems the closest to “right” in art style.

Along with the notable lack of a rainbow on Oz covers, I also noticed that not a single one I could find actually shows the Wizard of Oz!

2 thoughts on “Friday Face-Off: Over the Rainbow”