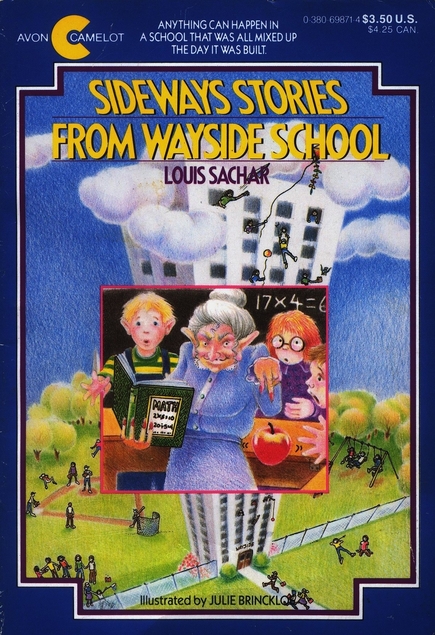 You can’t overthink the logic here.  Actually, you can’t apply logic at all, because it would just spoil the whole thing.  Mostly real world (ish), the books have occasional fantasy elements, including a teacher who turns students into apples.  Possibly my favorite story (in the second book), is when a student finds herself on the 19th story, trapped in Miss Zarves’ class. 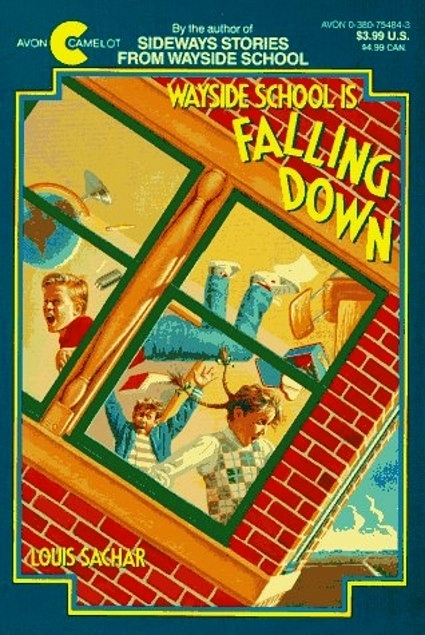 Each chapter is only a few pages, and is mostly an independent short story focusing on one student.  Some elements will carry through, more thematically than in plot, but mostly these are tiny, silly stories.  I forgot how short they were–I think I was much younger the last time I read these books, and I remembered some of the stories as considerably longer than they are!  This would probably be great for early readers–the book has more to it than an I-Can-Read Book, but it’s still structured for quick reading.

As I recall, the third book is slightly more continuous in its plotline…although I might misremember that, as I thought the others were a little more extensive in their plots!  We’ll see–the next book is waiting for me at the library 🙂

One thought on “Book Review: Sideways Stories from Wayside School”