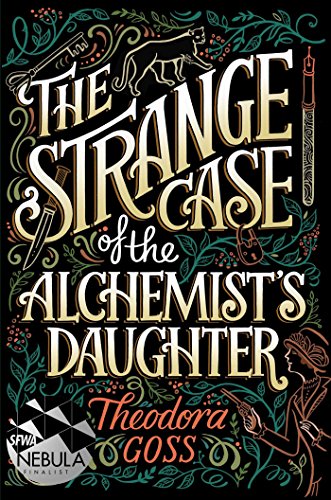 A good friend recently gave me a book for Christmas–always a chancy endeavor, as it can be hard to find just the right one.  She hit the mark beautifully though, as I loved The Strange Case of the Alchemist’s Daughter by Theodora Goss.

The story begins as Mary Jekyll buries her mother.  Clearing up her mother’s affairs, Mary finds a regular payment being made for the care and keeping of “Hyde.”  Baffled by this apparent connection to her deceased father’s hideous, long-missing assistant, she follows the clues.  She finds Diana Hyde, and in the process winds up assisting Sherlock Holmes and Dr. Watson as they investigate the Whitehall Murders.  Tracing clues to a secret alchemists’ society, Mary and Diana find Beatrice Rappaccini, Catherine Moreau and Justine Frankenstein, all a different shade of monster.

This is one of those books that has such a wonderful premise it’s hard to dare hope it will live up to it–but it does!  This is a wonderful exploration into the world of Gothic, Victorian literature, but turned sideways and much more feminist.  Each woman (including Mary, though we don’t have full answers about her yet) has been shaped by her alchemist father (or creator), but this is very much the women’s story.  Each one is a fully-formed individual with agency, and the story is about them, not their fathers.

In some ways this reminds me of Catherynne Valente’s Fairyland series, drawing greatly from classics of literature, while putting an entirely new angle on them–with an active, realistic heroine (or five). END_OF_DOCUMENT_TOKEN_TO_BE_REPLACED

Writing seems to run in my family, with a few different storytelling (or writing) relatives.  And today I’m very happy to review Protector of the Refugee Planet by Dennis Mahoney.  It’s a little hard to claim this is an unbiased review, since that’s my dad! 🙂

Protector is a sci fi adventure set in the fairly distant future, centering around Steven, a member of the Order of Protectors.  After breaking up a drug ring goes bad and Steven accidentally kills the drug lord, he begins having hallucinations (or visions?) of the Order’s founder, D. F. Nathaniel, who is not at all pleased that Steven broke the Order’s strict rule against taking a life.  It doesn’t make things easier when Steven develops a crush on his assigned psychiatrist, Sheera, someone he is absolutely forbidden to date.  Both problems pursue him to Pitcairn, an edge of the civilized galaxy world where Steven is sent to stop a harpy-like alien who’s been on a rampage–but he has to do it without killing him.  Or breaking the code against romancing Sheera.

This is a fun sci fi romp in an old style–think Heinlein at his more innocent.  The protagonists are young/new adults, and this would be a good one for young adult readers too.  Even killing a drug lord doesn’t get too violent, and there’s only a slight amount of romance. END_OF_DOCUMENT_TOKEN_TO_BE_REPLACED

I have a confession.  Despite proudly claiming the geek label, I am not a Marvel movie fan.  I’ve tried–I’ve seen the first installment in most of their hero franchises, and…never gotten into them.  Except: I enjoyed Dr. Strange, and I enjoyed Guardians of the Galaxy.  I still never got to theaters for Guardians 2, and only finally saw it very recently.  But it was fun when I finally got to it!

The Guardians franchise seems to be a collection of B or C-level superheroes, and that’s part of why it works.  The misfit group includes “Star Lord” Peter Quill, Samora (played by the reliably awesome Zoe Saldana, formerly Pirates’ Anamaria and Star Trek‘s Uhura), big muscly social-filterless Drax, (sort of) raccoon Rocket and (sort of) tree Baby Groot.  Peter, who had a human mother, has always wondered about his possibly-alien father.  Well, while the gang is trying to escape the creepy gold soldiers of the Sovereign race, the mysterious Ego shows up to rescue them.  He reveals himself as Peter’s father and brings them to his planet…where things are a little too good, while being a little creepy too.

I feel like that’s a muddled and incomplete plot description, but the movie wasn’t really about the plot.  And this is why I liked Guardians better than the rest: I like the characters and the way they interact.  They’re a deeply dysfunctional family who bicker all the time, and yet still are firmly tied to each other.  There’s a poignant moment near the end when this comes home to Rocket (and the fact that they got a poignant moment about the feelings of a trigger-happy raccoon?  That’s skill.) END_OF_DOCUMENT_TOKEN_TO_BE_REPLACED 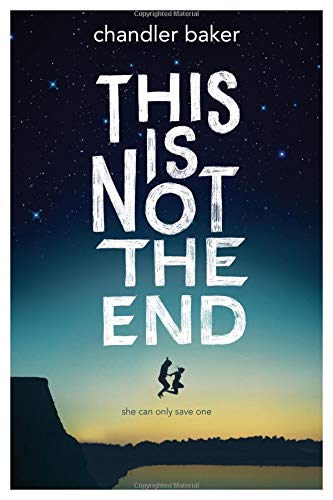 This was a fast read, very engaging and full of mysteries that kept me turning pages.  Lake is likable and sympathetic, and the characters around her are well-developed.  Will and Penny in particular, despite dying early in the story, are very vivid, both through Lake’s feelings around them and the flashback sequences that take us through Lake’s relationships with them.  I liked Penny a lot, and would love to read a story with a heroine like her.  It’s overall great, smooth writing, with an unusually clear setting too, for a contemporary story. END_OF_DOCUMENT_TOKEN_TO_BE_REPLACED 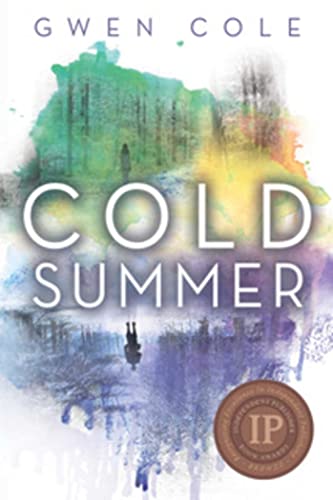 This was a little bit like The Time-Traveler’s Wife-light (with 100% less nudity!)  Kale slips through time suddenly, uncontrollably and apparently randomly, until his recent ongoing secondary life in World War II.  The challenge of living two parallel lives was intriguing, especially with one as intense as the front lines of a war. END_OF_DOCUMENT_TOKEN_TO_BE_REPLACED