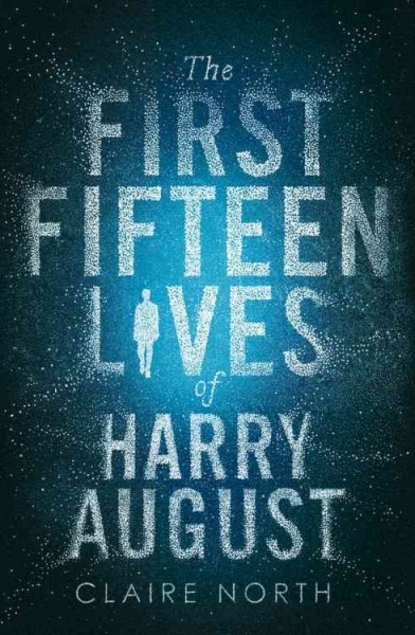 In my reading of parallel universe books, I think the best title so far has been The First Fifteen Lives of Harry August by Claire North–and it’s a contender for best concept too!

Every time Harry August dies, he is reborn–always in the same time and place, with gradually returning memories of all the lives he has led before.  After a few trips through life, Harry manages to connect with others like him, the Cronus Club, people who reincarnate in the same life again and again, and remember all they’ve lived before.  Near the end of his thirteenth life, Harry receives a message from a little girl, delivered from a later time in her life: the end of the world is coming, and it’s speeding up with every lifetime.  This plunges Harry into a quest to find out what’s bringing on the chaos–even if it takes multiple lifetimes to solve the mystery.

This was a very cool story, with a widespread conspiracy extending across decades and multiple lifetimes.  As things heat up, we can see how the entire world is being reshaped from one lifetime to the next.  Harry’s life, of course, is wildly different every time too.  He’s born in 1919 and typically lives into the 1990s, making different choices along the way.  Once he’s been through World War II a few times, he gets very good at manipulating where he’ll wind up to live through the conflict.  The changes, of course, are broader reaching than that, as he pursues entirely different careers, marries different people and explores different paths.

The book is told in very “timey-whimey” fashion, jumping between different lives and different points in those lives.  The timeline gets even more complicated since the 1980s in Harry’s fifth life is before the 1930s in his seventh life.  And so on.

Harry reminds me slightly of Roxanne Bonaventure, not because they have many similarities but just because they’re both perfectly good but not extraordinary characters, and the appeal of the book for me is more in the broader concepts and world-building.  I especially liked the Cronus Club here, for the practicalities of how a group with this particular knowledge organizes themselves, and how they all, not just Harry, react and manage their unique experience.

This concept has some very obvious similarities to Replay by Ken Grimwood (Jeff dies in 1988 and reawakens age 18 in 1963–and then does it again, and again, and again), but the way the books play out is very different.  Replay focused more on Jeff’s life and choices, and less on the larger world.  Jeff had no community, and also never really seemed to evolve or entirely accept his situation the way Harry does.  Harry has a genuine sense of being hundreds of years old, with an accompanying sense of distance from each individual life he lives.

Replay also focused heavily on Jeff’s romantic life, though frankly, each major love interest was a symbolic representation of the kind of life he chose that time around (the wealthy socialite, the hedonist, the college sweetheart, etc.)  Harry’s romantic life is almost a non-thing in this novel.  It’s not that he doesn’t have one; wives and girlfriends are mentioned, mostly in passing, but that’s not the focus.  I like a good romance, but there are lots of romances, with the result that I always appreciate a story that chooses to focus on other parts of someone’s life.  Or lives, as the case may be!

I debated whether this really qualified as a multiverse book.  But it definitely is parallel lives, and it could be a multiverse.  Harry himself doesn’t know, and reflects a time or two on whether he’s rewriting his life each time, or skipping from one universe to the next with every life.  So I’m counting it!

Other reviews:
Infinite Curio
Beauty in Ruins
Ancient Logic
Anyone else?

Buy it here: The First Fifteen Lives of Harry August

2 thoughts on “Book Review: The First 15 Lives of Harry August”