A two-fer review today…I’ve been reading parallel universe books this year, and two of the ones I read had sequels.  I’m not counting them on my challenge books (although I might change my mind on that…) but I thought it would be fun to do a brief “here’s how the story continued” review.  Spoilers inevitable for the first books! 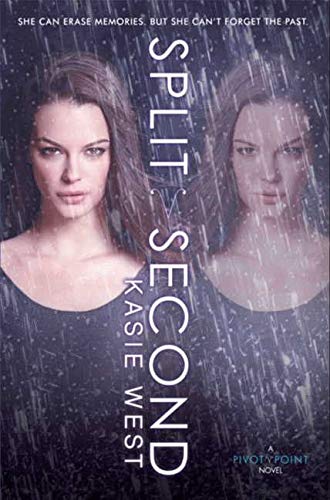 Pivot Point introduced us to Addison, her best friend Laila, their secret community of paranormals, and Addie’s ability to see alternate futures.  The book ended with Addie forced to choose a path that wiped out her romance with the wonderful Trevor, with the added complication of asking Laila to Erase her memory of that possibility.  This book expands Laila’s role, as we learn more about her ability and how she uses it to avoid any vulnerability…at least until she meets a boy whose memory she can’t wipe clean.  Meanwhile Addie is starting school in the Norm world for the first time (again), while trying to figure out why she’s drawn to this Trevor guy, and what to do with her newfound ability/handicap of stopping time when she’s stressed.

So right off the bat, the concept was less interesting in the sequel–but, I was attached to the characters, so I still had a very good time with the book.  Addie only uses her ability to see the future for very tiny periods (seeing only a few minutes ahead, mostly), largely removing the parallel-ness of it all.  On the other hand, she gets to meet people in the Norm world for the first time again, and the reader can see how different timing and different circumstances change those relationships.  In particular, she meets Trevor’s ex-girlfriend in a very different way, totally changing her impression of the girl, who becomes much more complex in this book than in the first one.  So there’s some parallel-ness.

And it’s fun watching Addie and Trevor get together again.  They’re a cute couple, and Addie’s extra levels of confusion and attraction made it all more complicated and fun.  I was less into Laila’s romance with Connor, which was kind of on the cliche “they hate each other so there must be a secret attraction!” side of things.  Not my favorite romantic trope.  But I did like getting to know Laila and her family better.  In some ways she’s also a recognizable character type, playing tough and refusing to let anyone close, but she’s a good version of that with a unique twist since she literally can Erase any moments when she slips and lets someone in.

So this was a fun read, largely because I already liked the characters, but it also went enough interesting directions to stay engaging. 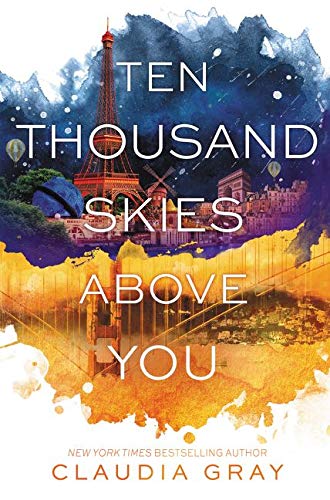 Ten Thousand Skies Above You by Claudia Gray, sequel to A Thousand Pieces of You

The first book in this series sent Marguerite hurtling through parallel universes, chasing Paul (a maybe enemy, maybe love interest), trying to choose between Paul and Theo, and realizing larger enemies may exist.  The sequel plunges right in with a confrontation with Wayne Conley, the big bad villain, and a mission to rescue Paul, Marguerite’s now-boyfriend and (frequently proclaimed) true love and soul mate.  Paul’s soul has been splintered into four separate universes, and Marguerite and Theo set off to rescue him and, hopefully, not lose their own souls (literally or metaphorically) to Conley in the process.

One reason I thought of reviewing these two sequels together is because I had almost opposite experiences in what I liked and didn’t.  In this one, the concept continues to be solid and interesting.  But I was losing my fondness for the heroine.

I want to like Marguerite (if only because she has one of my favorite names!) but I got increasingly frustrated with her as the book went on.  She is SO SURE she understands how the multiverse works, and how souls work, and especially how soul mates work, and not only was it arrogant, it led to quite a bit of stupid or at least insensitive decisions.

I liked Theo better in this book, which in some ways didn’t help.  He emerged as very sweet, incredibly loyal, and much more vulnerable than he lets on…which did not stop Marguerite from continually hammering the point that, not only did she choose Paul in their own universe, she knows in her deepest soul that every Marguerite in every universe will choose every Paul, rejecting every Theo in the process.  Ouch.

To be fair…as the book progresses, Marguerite’s confidence that she understands all this gets shaken, leading me to think her over-the-top surety was deliberate from the author (pride before a fall, and all)…but by then it was kind of too late for how I felt about the character.  Nor does it help that, just as she is losing her arrogance, she makes what I think is a really reprehensible choice.  And it has nothing to do with Conley!  When she travels to other universes, she occupies the bodies of her other selves, and she comes to realize that those other selves remember everything that happened.  Nor am I convinced that those other selves aren’t actually conscious while she’s there–the mechanics are a little unclear, but the possibility seems strongly implied–and that’s hideous!  She makes a lot of choices in other bodies that raise serious consent issues, putting her other selves into severe danger and into romantic liaisons they never agreed to.  But Marguerite never seems to see these problems, and after realizing her other self will remember everything, she blithely continues occupying the body she’s stealing at the time.

So.  There’s actually a third book coming out in this series, which, despite all that above, I will probably read.  I want to see if the character and thematic arcs wind up in a more satisfying place.  And the author got me with a cliffhanger.  The plot was fairly standard kidnapping/quest up until near the end when a conspiracy reared up and it got a lot more intriguing.  Plus we did see some very interesting parallel worlds in here, and I’m curious to see what comes in the last book of the trilogy.  But I really hope Marguerite gets her arrogance and her morality straightened out!

Buy it here: Ten Thousand Skies Above You