It’s (somehow) July 1st, meaning we are halfway through 2020 already!  It has been a strange and unusual several months, and I hope you all are staying safe and well.  If you’ve been escaping from the weirdness of the present moment by visiting below the Opera Garnier, this post is for you!  At the halfway point of the year, it’s time to share about our Phantom of the Opera reading and viewing so far.

I started the year off with rereading Gaston Leroux’s Phantom of the Opera.  In the last few months, my Phantom focus has shifted to getting my own retelling out.  I published Nocturne (Guardian of the Opera Book 1) on June 5th, which was of course very exciting!  I’ve also recently reread Book 2 (which will be out in September!) and am currently midway through Book 3.

I’ve posted quite a few videos on Phantom topics, including a review of the 2004 Phantom of the Opera movie, starring Gerard Butler.  Check out my Phantom videos here.

Lately I also bought a Phantom-themed coloring book, and have been having a lot of fun with that.  Here’s a few photos, just because.

That covers my recent Phantom adventures – now I want to hear about yours! If you’d like a refresher on the challenge, check out the launch post here.  And please share in a comment below.  I look forward to seeing what you’ve been exploring this year!

It’s April 1st, a quarter of the way through 2020 already, and that means it’s time for an update on Phantom reading and viewing adventures.  I hope you and yours are staying well in the midst of the pandemic situation, and maybe having time for some extra reading.  And remember – social isolation may be hard, but donning a mask and crashing chandeliers is never the answer!

I kicked off my Phantom exploration for the year with a reread of the original story, Gaston Leroux’s Phantom of the Opera.  This was my…third? fourth? time reading the book, and I enjoyed it immensely–and had lots of thoughts about the unreliability of the narration.

If you’d like a refresher on the challenge, check out the launch post here.  And please share about your Phantom adventures so far in 2020 in a comment below.  I look forward to seeing what you’ve been exploring this year.

Shameless self-promotion: As a further update on my own retelling of the Phantom, The Guardian of the Opera: Nocturne will be out June 5th, and the cover reveal is this Friday, April 3rd.  Drop by Friday and see the awesome cover I can’t wait to share!

Are you intrigued by a masked man in the shadows?  Love being swept away by stirring musical tragedies?  Want to visit 1880s Paris?  Then this challenge is for you!

Join us to venture below the Opera Garnier and across the underground lake for a Phantom of the Opera Reading and Viewing Challenge.  Since Gaston Leroux’s first publication of The Phantom of the Opera in 1909, the story has been told, retold and continued dozens of times, on the screen, on the stage, and on the page.  Get a little more Phantom into your life in 2020 by participating in this challenge to go exploring through the many versions of the Phantom.  Maybe you’ll meet a new phan friend, or find a new version of the story to love.

I want this above all to be fun, so the rules (which are really more guidelines) are simple and, I hope, welcoming to all.

What Qualifies: Any book, movie or play based on Gaston Leroux’s Phantom of the Opera, or an obvious sequel or prequel to the story.  If there’s a masked man with a deformity in love with a singer, while hiding in an opera house, it probably qualifies.  I’ve provided a (non-comprehensive) list of ideas at the end of this post.  Rereads/rewatches are just as valid as new ones, although if you’re someone who watches the Claude Rains Phantom every Saturday, it still only counts as one.  The exception to that rule is if you see a play version more than once in the year, with different lead actors.

END_OF_DOCUMENT_TOKEN_TO_BE_REPLACED

I missed this movie when it first came out (in 2012!) and just picked it up recently at my library.  Another semi-comedy about the end of the world, I found it thought-provoking…in ways good and bad!

The premise centers around the end of the world by asteroid–everyone knows the asteroid is coming in three weeks, all of life will be wiped out, and nothing can be done to prevent it.  Society is mostly holding together but starting to fragment (planes are no longer flying, phone service is down–which is plot convenient).  Dodge (Steve Carrell) has no particular plans for his final weeks, as he seems to be the movie trope of a hero who wasn’t really living his life to begin with.  But then he meets Penny (Kiera Knightley), his quirky, passionate neighbor.  She wants to get to England to reunite with her family; he decides to seek out his long-lost first love.  She has a car and he knows a guy with a plane, so they set out together.

The concept of the world ending, but with a few weeks notice, was really interesting.  Maybe it helped that it was an asteroid strike–whatever the actual odds, it feels out there and unreal enough that I could think of it abstractly.  Nuclear war and cancer diagnosis stories more likely make me anxious or depressed.  But this was pretty good as a thought experiment, about what becomes really important under that kind of time pressure.  How do you live your life when you have only a small amount of time left?  Some people rioted, some partied, others went on as though nothing was changed, one woman decided to wear all the beautiful things she bought but had been saving.

END_OF_DOCUMENT_TOKEN_TO_BE_REPLACED 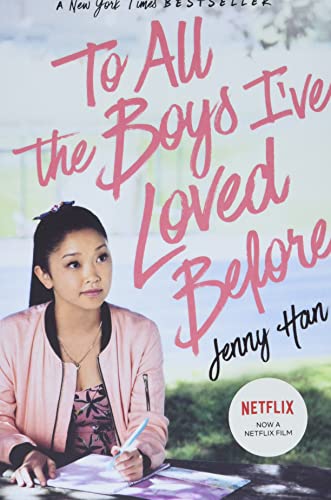