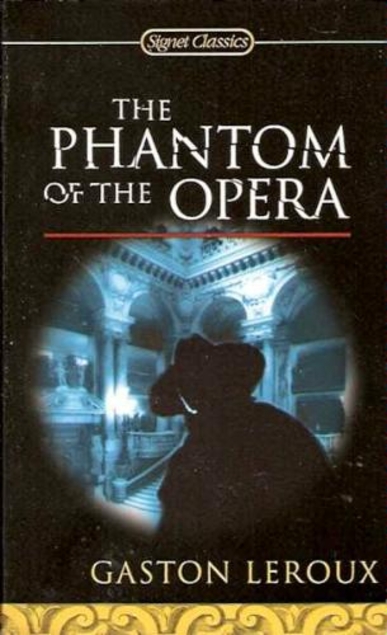 To begin with, Leroux frames the story with an account of his own investigation into these “true” events.  He sets himself up not as a writer of fiction but as a kind of investigative journalist/historian who is uncovering the truth through interviews and papers written by the principle figures in the story.  This creates the potential for unreliability right from the beginning.  In most fiction, whatever the author says happened must have happened, because the author said it.  Leroux on some level sacrifices his authority here; Leroux the Author can create fiction as he chooses, but Leroux the Investigator is at the mercy of his sources.  How do we know that everyone was telling the truth, or that the Investigator interpreted his findings correctly?  Not to mention the fact that Leroux the Author is lying to us from the beginning, by claiming his fictional story to be truth – though that’s a polite lie, with plenty of literary convention behind it.

Leroux is hardly the only writer to claim to be sharing an account told him by someone else (Edgar Rice Burroughs did that often too, and around the same time period).  Usually once we get into the narrative proper, though, the background fades away.  In Phantom, however, Leroux keeps reminding us by telling us the supposed source of his information.  The chief “sources” are a memoir written by one of the managers; Christine’s letters and papers; and an account written by the Persian, who largely takes over the active role from Raoul at the climax of the story.  Since there is no authoritative narrator, the question has to be – how reliable do we think any of these people are?  Maybe the account is all true (within the fictional world, that is) – but it could easily not be.

There are yet more layers of doubt.  Some of what became the most iconic moments of the story happen “off-stage.”  The single act the Phantom is probably most known for is crashing the chandelier, yes?  In Leroux, we never see him do it, and when the Persian accuses him of it later in the book, the Phantom calls the crash an accident.  The Persian immediately insists that he’s lying, and I think most likely Leroux intended us to agree with the Persian, and possibly consider the Phantom to be mad.  But – the reader is presented with a choice of who to believe.

Christine removing the Phantom’s mask is likely the second most iconic moment.  We don’t see this happen either.  Almost the entirety of Christine’s relationship with the Phantom is told in a single conversation – the reader only learns about any of it when Christine tells it to Raoul, so we literally have only Christine’s account, in dialogue, to go by.  But is she telling Raoul, and the reader, the truth?  I think Leroux intended us to believe her, but it’s intriguing to consider the possibility that she may not be completely reliable, either deliberately or through her own unintended bias.

And then there’s the climax of the story, when Leroux the Investigator stops writing his own account and hands us the Persian’s.  Again we only have the Persian’s word for all of it – but wait, there’s even more ambiguity!  The Persian (and Raoul) spend pretty much the entire climax underneath the Opera locked into the torture chamber, and can’t actually see what happens in the other room with the Phantom and Christine.  So the Persian’s account is of what he hears, and what the other characters tell him.  So even if he’s telling the truth, how much does he really know?

But wait.  There’s more!  The section that makes this novel, that separates it from other Gothic literature and makes the Phantom more than a mere mad monster, is his final redemptive moment.  Which we don’t see.  And the Persian isn’t present for.  Erik tells the Persian later, who tells Leroux years afterwards, who tells the reader.  And Leroux could have downplayed all of that, but he doesn’t; he actually emphasizes how the information arrived.  That is a very long chain to rely on, especially when you contrast it to later versions that simply put us in the scene.

The possibilities abound!  A small one – the Persian told Leroux that Erik told him that Christine kissed his (Erik’s) forehead.  But maybe the Persian was uncomfortable with the Phantom having a romance, and toned that down, bringing us around to the far more romantic kiss we see in some later versions.  Or a bigger thing – maybe Erik wanted to look good in the Persian’s eyes, so he made up the whole redemptive portion of the story, and really Christine and Raoul died under the Opera, as happened in…actually, no version that I’m aware of, but it could have happened in Leroux.  We don’t know!

I find that fascinating.  And I have to wonder if the very unreliability of Leroux’s original story has been a factor in so many later versions even existing.  Leroux’s story so entirely lacks authority that there ends up being much more scope for trying things a little bit differently.  Or a lot differently!

Personally, the question of unreliable narrators is very significant in my own version of the story.  I did question whether everything Christine was saying was accurate, and what events might look like from a different perspective.  But I won’t get into too much of that, to avoid spoilers for my own book!

So, am I spinning wild theories here?  Oh, probably!  Most likely, Leroux intended us to believe everything.  Well, to know that it’s fictional, but to believe his fictional account.  And yet – it is a story centered around a man in a mask.  Is it so wildly implausible to think that other people might also be wearing some form of a mask?  Maybe not!

One thought on “Book Review: The Phantom of the Opera by Gaston Leroux”