We’re into 2018 so it’s time to look at how my reading challenges turned out.  I frankly got very distracted from them this year in the last few months.  When NaNo finished I decided to look at them again, and did a bit of a scramble to finish two during December!  Well, you’ll see…

I did well with this most of the year, and threw in two more in December to reach my target.  My first read of the year, Kira-Kira, and my last read, Sounder, tie for most depressing Newbery to date!  Good Masters, Sweet Ladies was my favorite this year, which was entirely a surprise!

I scrambled for four books in December, with the result that I listened to several rather grim audiobooks about race relations (even though they were juvenile fiction!) and came out one book beyond my target.  I still think this is an important challenge, and it still depresses me that I have to consciously work for it (and that I’m not better at doing that!) 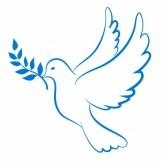 To my surprise, I only read one more spiritual book in the last portion of the year.  I have a regular spiritual/psychological slot in my reading (they sort of go together in my head), and I trended towards the psychological in recent months.  Since my original goal was six and I got to 15, though, that feels fine!  I’m especially happy to have found some excellent books (notably I’d Say Yes, God and Accidental Saints), some of the best I’ve read all year.

So I didn’t read any more Montgomery-related books…but I think this whole challenge took an unexpected sideways turn when I started rereading Montgomery herself.  I finish the year with only five related books, but I reread the entire Anne series (even The Blythes Are Quoted), the Emily trilogy, and three short story collections, for 15 Montgomery books.  So I think Maud and I are cool with how much time we spent together. 🙂

1. Remembering Lucy Maud Montgomery by Alexandra Heilbron
The Gift of Wings by Mary Rubio (reread)
2. The Lady of the Lake by Sir Walter Scott
3. Seventeen by Booth Tarkington
4. Beside the Bonnie Brier Bush by Ian McLaren
5. L. M. Montgomery and War edited by Andrea McKenzie and Jane Ledwell

And so rings out another year!  I’m still thinking about challenges for next year, but I think they’ll be downscaled…it feels like time for another low-key reading challenge year.  More on that another day!  Meanwhile, how was your reading for the year?