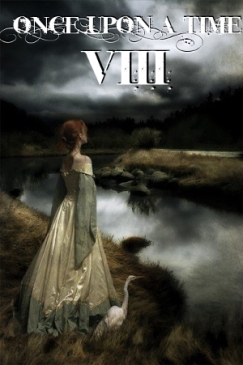 Already the end of spring is here…and that means the end of the delightful reading challenge, Once Upon a Time, hosted by Carl at Stainless Steel Droppings.  At least, the end for this year!

I had very vague goals this time around, hoping only to read more fairy tale retellings and to clear out some of the fantasy books that have languished on my To Be Read list for the longest.

So how did things go?

I feel like I blinked and the season passed, but apparently there was a lot of reading in that blink!  I’m particularly happy to have finished the Tiffany Aching subseries of Discworld with I Shall Wear Midnight, and to have read all of the Half Upon a Time trilogy, which was on my TBR list since 2010.  The best new read was Cress, although the coolest concept and magic system was in Libriomancer.  Return of the Dapper Men was particularly lovely, and The Sigh was especially bizarre.  And the funniest (re)read was Maskerade.

I’m still hoping to get reviews up for some of these, so watch out for that…and I’ll have an update on other reading challenges around the end of the month!

13 thoughts on “Returning from Ventures in Fairylands…”