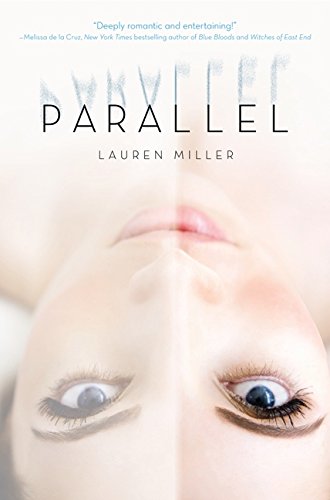 The story begins just before Abby’s 18th birthday, and her life has gone all off of her careful plans.  Due to a freak combination of circumstances, she’s been cast as a supporting character in a Hollywood action movie, putting college on hold.  But then she wakes up the next day–in an unfamiliar dorm room at Yale, with two sets of memories for her 17th birthday.  In one she took an acting class; in the other she wound up in astronomy–and now she’s living the consequences of the alternate choice.  But she only gets memories of the intervening year as she lives forward a year later–and nothing in set in stone because that other Abby is still making her choices.

In focus this is closer to Pivot Point than to A Thousand Pieces of You, in terms of being about the changes in one person’s life, rather than epically different worlds where entire societies are re-shaped.  Likewise, this focuses on how our choices–sometimes seemingly small ones–can change everything.  And that was awesome.

Less awesome was the logic of the whole thing.  All three parallel universe books have had very different concepts for how the multiverse functions.  In this one, two nearly-identical universes collided, but one is moving a year behind the other.  This creates the changes Abby is experiencing, but she’s an anomaly in realizing it; most people’s memories rewrite as the other universe changes their current lives.

I don’t actually care very much if the science makes sense–I mean, it’s science fiction, and I’m fine with some fairly magical science.  But the logic is a problem.  Because…Abby is dealing with an entire year’s worth of choices by her other self, she just can’t remember them yet.  And there’s no further interaction with parallel universes in the past to cause her other self to make different choices as she moves forward.  So…why would things change?  On one level, she’s already made all of her choices by the time Abby wakes up in the alternate life.  If that makes sense?  It really might not!

However.  Setting that little issue aside, I did really enjoy how all of this played out.  Abby is frequently thrown off balance by something that happened months ago changing her current day, and I loved seeing how her life shifted based on choices made.

There’s some philosophical exploration in here of free will, destiny and soul mates.  We even get a little discussion of it from a religious view; Abby herself is basically agnostic, but the leading scientist theorizing on parallel universes is Christian, and he’s found a way to balance his religious and scientific views.  I thought that was a really cool element to bring a different strain of philosophy.  Also cool, while there are romantic soulmates in here, Abby’s clearest soulmate (described as such!) is actually her best friend Caitlin, her rock through all the craziness.  Caitlin is a very convenient character to help Abby navigate, but it’s legitimately a really nice friendship story too.

Abby’s a good character, someone who has been intent on planning her life forever–who suddenly is in a situation where she cannot plan anything ever, because everything could change.  It’s almost (but not quite) a Groundhog Day effect.  There’s a love triangle in here (of course!) and Abby’s high school boyfriend is a sweetheart.  I didn’t like her college boyfriend nearly as well, which made some of her waffling about who to be with rather frustrating.

The ending is slightly deus ex machina, but works.  It’s satisfying on a plot, romance and even philosophical level.

I’ve been hunting down more parallel universe books to read, and I’m going to try to get out of the YA-verse.  As different as these three books have been in world-building and parallel-ness mechanisms, there’s still been some definite YA book similarities, so I want to explore out beyond that.  But for the moment, this was another good installment for the challenge!

Other reviews:
Book.Blog.Bake
Read.Breathe.Relax
Cuddlebuggery
Anyone else?

One thought on “Book Review: Parallel”